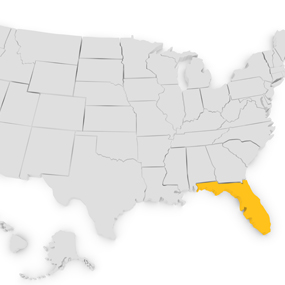 Debt collection agencies and law firms perform very similar roles. Their goal and focus are primarily to help their clients pursue unpaid, uncollected debts. Additionally, both entities remain regulated by the FDCPA or Fair Debt Collection Practices Act. Nevertheless, the procedures to actually collect debt in Brickell is very different, in addition to many other characteristics that differentiate them.

For creditors and lenders alike, it remains crucial to understand these unique differences. Comprehending the similarities and limitation of either option is very important. Our team from the Law Offices of Paul A. Humbert, P.L. wants to shed some light on these characteristics.

This information is not to outline either a collection agency or a law firm as a better option. Neither approach is inherently wrong, and both serve their place in debt collection. Hopefully, with the following considerations, you can decide which method is more favorable to help you collect debt in Brickell.

Considering the Overall Size of the Owed Balance

Many debt collection attorneys require a minimum balance to accept work. Typically, this will reflect a figure around $1,000. After all, you will want to ensure that the debt you collect exceeds the price of the lawyer’s retainer.

Contrarily, debt collection agencies often accept even a small debt. They will typically employ agents that specialize smaller balances, committing to pursuing balances that may only reach a figure as low as $25

Debt collection agencies may impart any number of fees. They often base these on the amount of work, in addition to the response they receive from their efforts. Creditors pay fees to retain a collection agency, and many times the agency will base this off of a percentage of the total balance.

A law firm will typically charge a set rate to collect debt in Brickell. While a creditor could pay additional fees associated with taking a debtor to court to pursue the note, these often get tacked onto a judgment, and the debtor repays them after the case.

Differences in Actions and Resolution Speed

The primary way that these two entities collect debt in Brickell is the vastest difference present in their nature. An agency will make efforts to maintain continued contact with a debtor to persuade them to repay all or a portion of the total they owe.

This communication can take the form of letters and telephone calls. Debt collection attorneys also utilize these methods, but they can take things a bit further.

A law firm will employ lawyers who wield the experience and tact to take the case to the courtroom phase. They can file the requisite paperwork and effectuate legal action where a debtor will know that the matter’s court date is pending.

Furthermore, when a creditor obtains a judgment in court, their work is not over. A lawyer can then garnish the debtor’s wages, or place a lien on property as recompense for the amount owed.

In many cases, collection agencies may not accomplish their task to collect debt in Brickell. In this scenario, they end up turning the case over to a law firm for reinforcement of legal action. Debt collection law firms may prove quicker to initiate a lawsuit on the unpaid debt.

As a result, they could also recover this fast than the agency could possibly imagine. Even a letter sent on legal stationery can instill a powerful response from a debtor that otherwise remained unresponsive. This could put the fear of continued legal action into a debtor, resulting in a swift or at least communicative response on their end.

Debtors who understand the limitations of debt collection agencies may choose to ignore their contact entirely. Contrarily, they would likely remain more afraid to ignore communications if they consider the potential for a debt collection lawsuit.

Collect Debt in Brickell with the Law Offices of Paul A. Humbert, P.L.

Before you make a finalized decision on the best approach to collect debt in Brickell, talk with both a reputable agency, as well as a qualified attorney. This can help you develop a fair comparison between the two.

Also, consider the aforementioned information regarding the type of debt, in addition to the potential fee each entity might charge. This may impact your decision, guiding you to the optimal choice.

For more information on how you can collect debt in Brickell, contact the Law Offices of Paul A. Humbert, P.L. to schedule a consultation!